2011; gaffers tape on concrete and metal.

I created this piece around the triangular green space formed by Broome, Watts, and Thompson Streets in the SoHo neighborhood of Manhattan. The green space is a small, shady oasis amid bustling shoppers and tourists and speeding cars on their way to the Holland Tunnel.

I laid patches of bright-blue gaffers tape on places where the curb was broken or not level (including corner easements). This piece is a kind of drawing in which the patches highlight peripheral irregularities of the streetscape that indicate the slowly shifting and organic nature of urban infrastructure.

The piece was primarily meant to be seen by someone standing within the green space, whose peripheral view (if not blocked by cars) would take in an intermittent pattern of blue patches that drew a perimeter, like a trickling stream surrounding the island of the green space. Pedestrians in the immediate area may have discovered the patches along the curbs on Broome and Watts and followed them, like crumbs on a trail, to the blue-highlighted easements on the corners opposite the entrances to the green space.

The piece was executed on a Sunday morning in May 2011. Some patches were removed almost immediately (such as the one on the corner of Thompson and Broome). At least one patch remained until the spring of 2014. 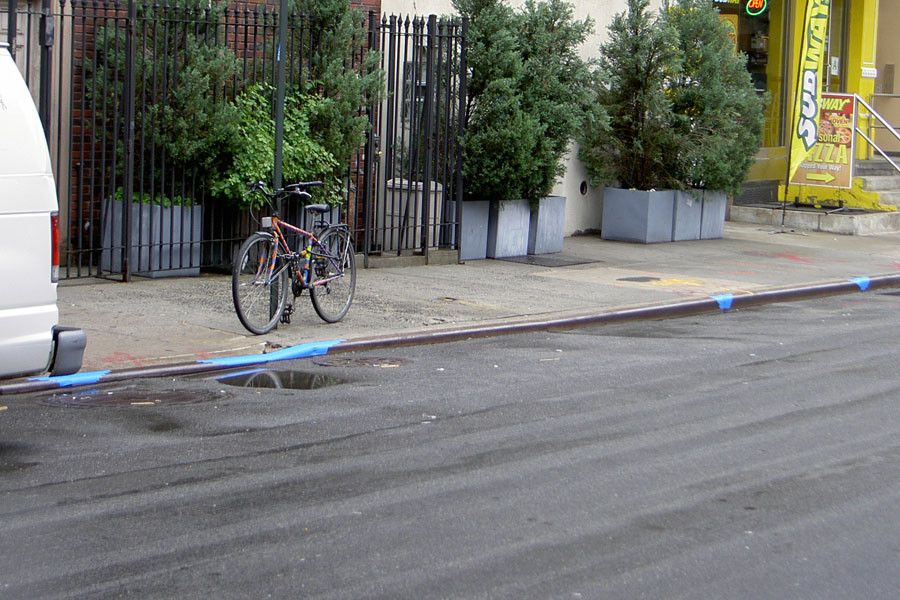 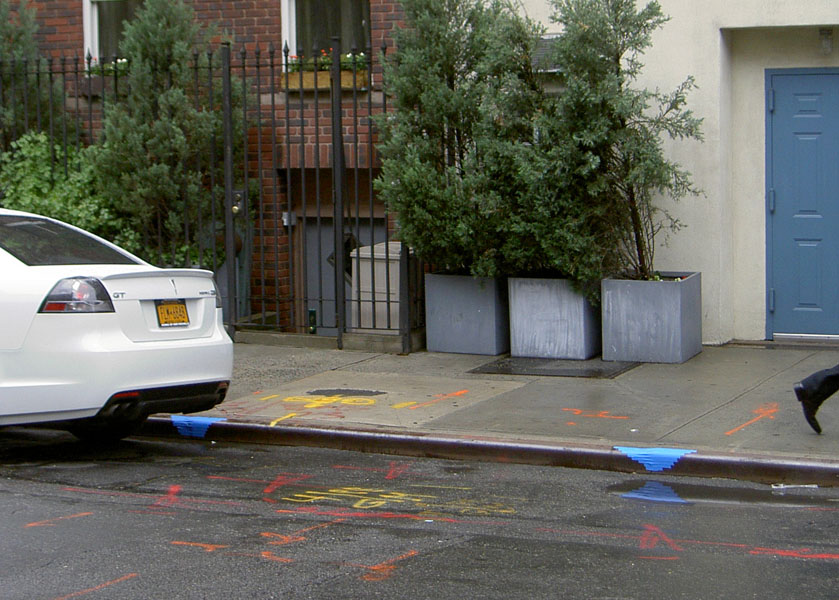 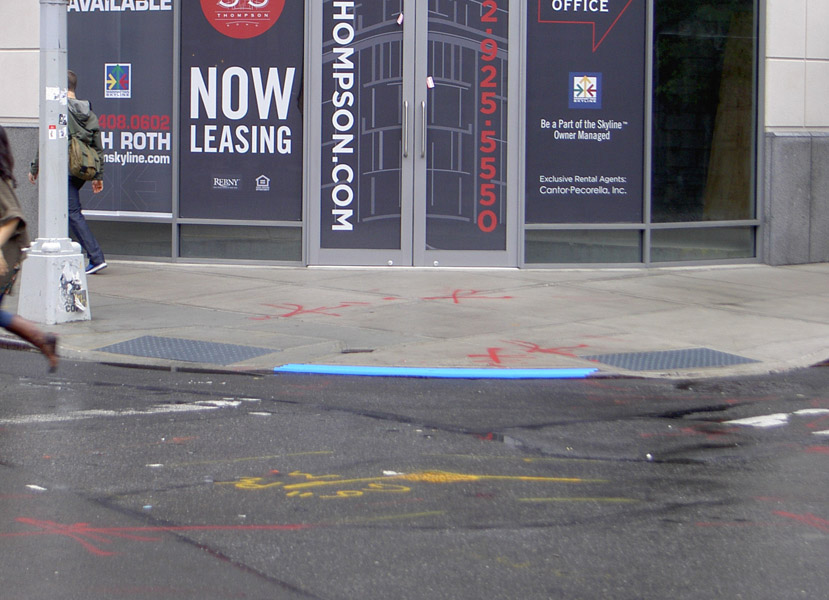 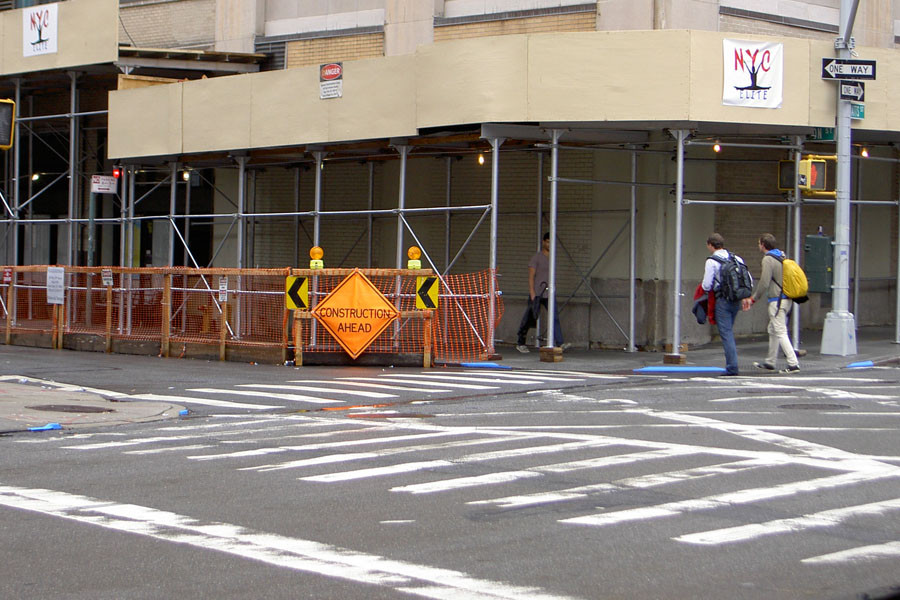 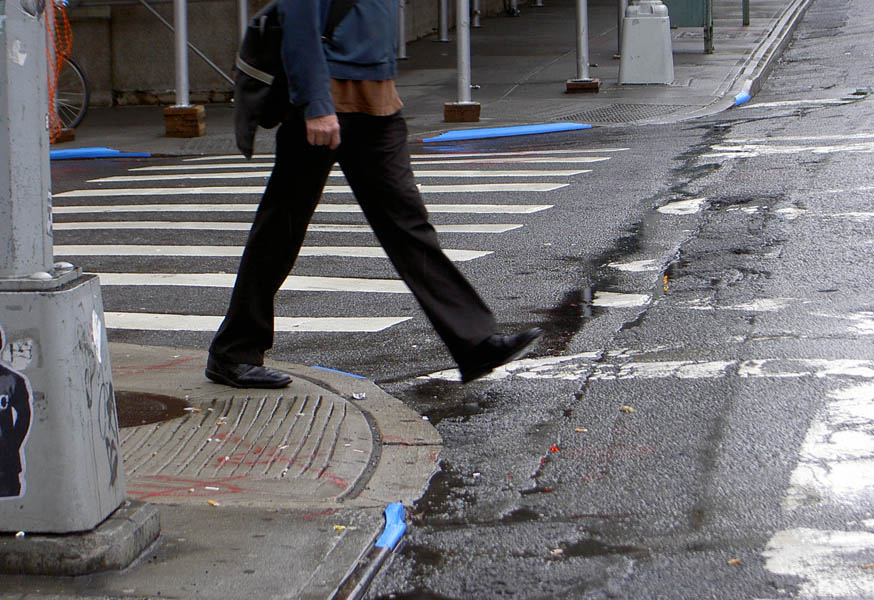 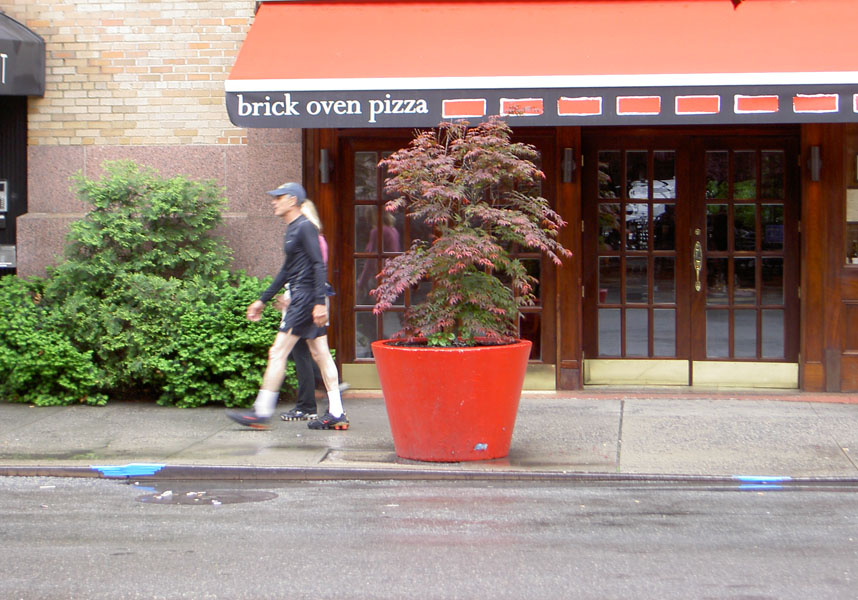 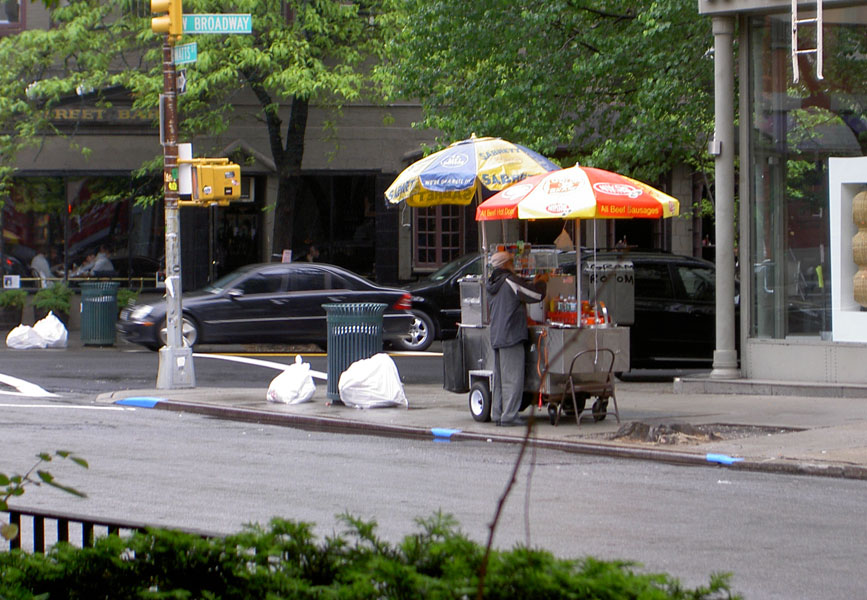 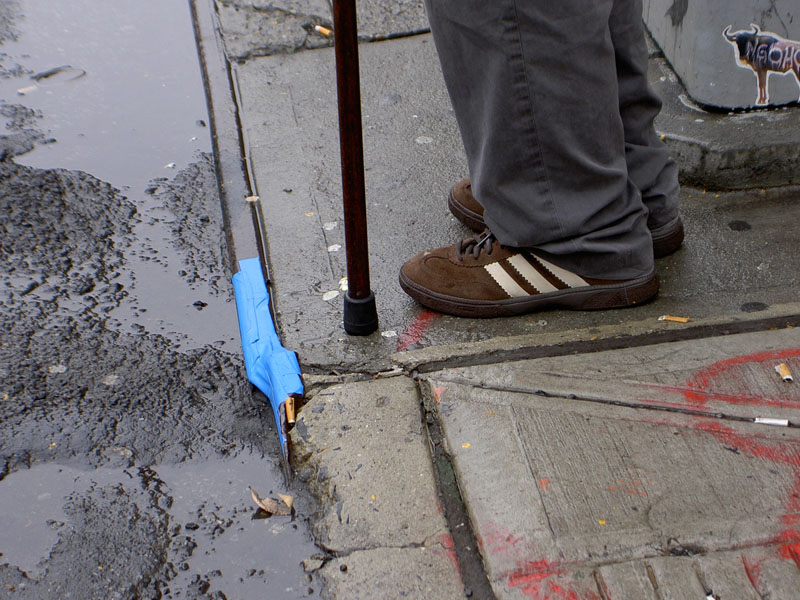 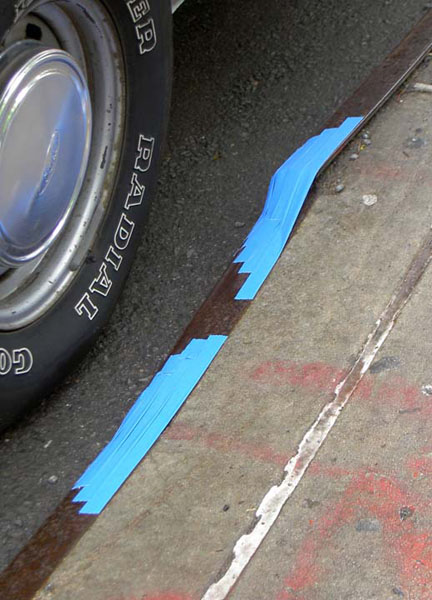 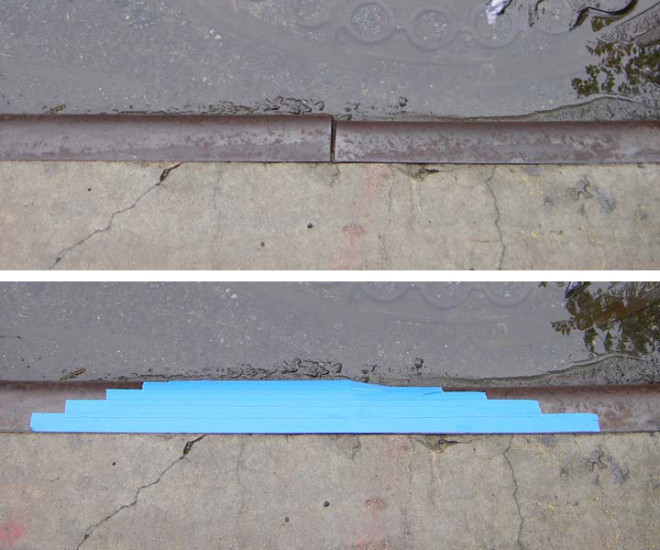 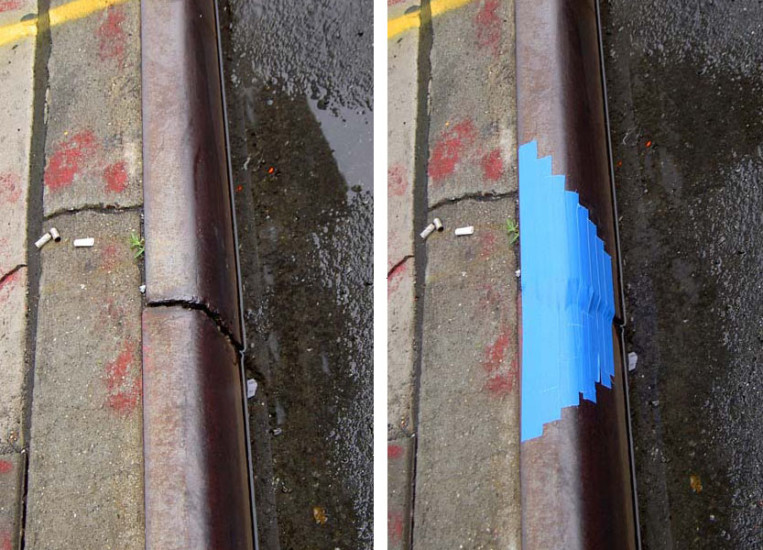 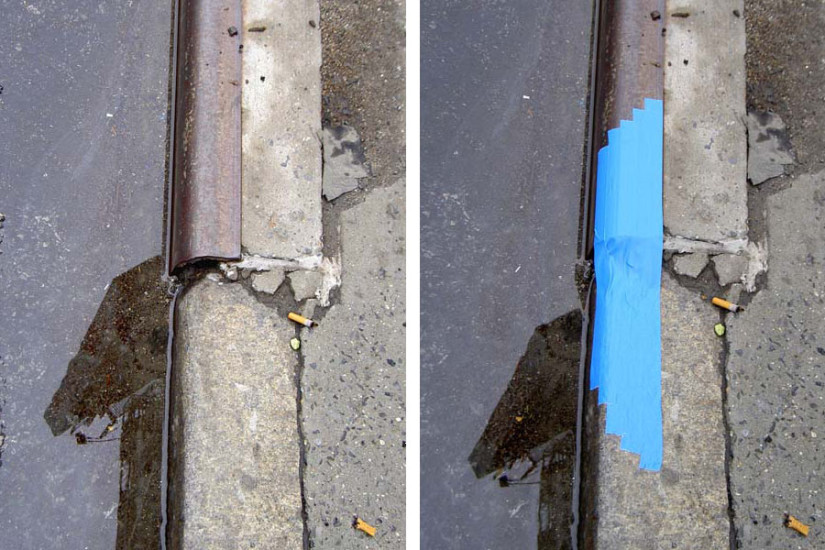 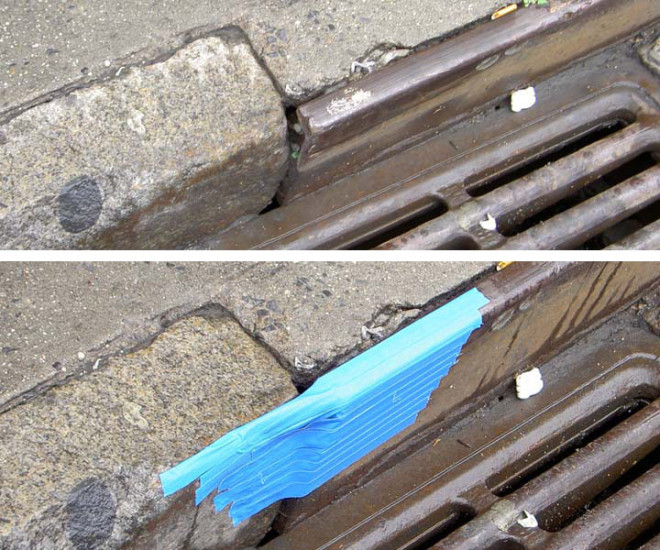 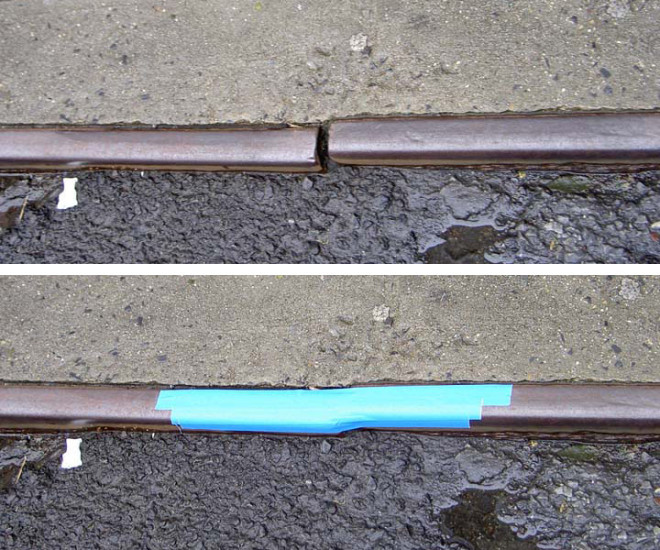 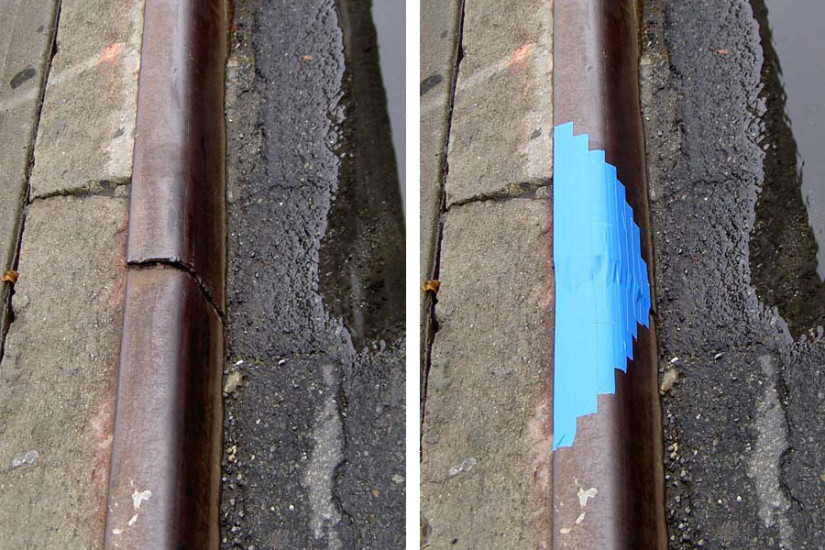